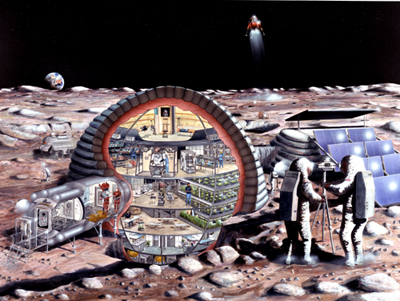 In the Press and on the Air 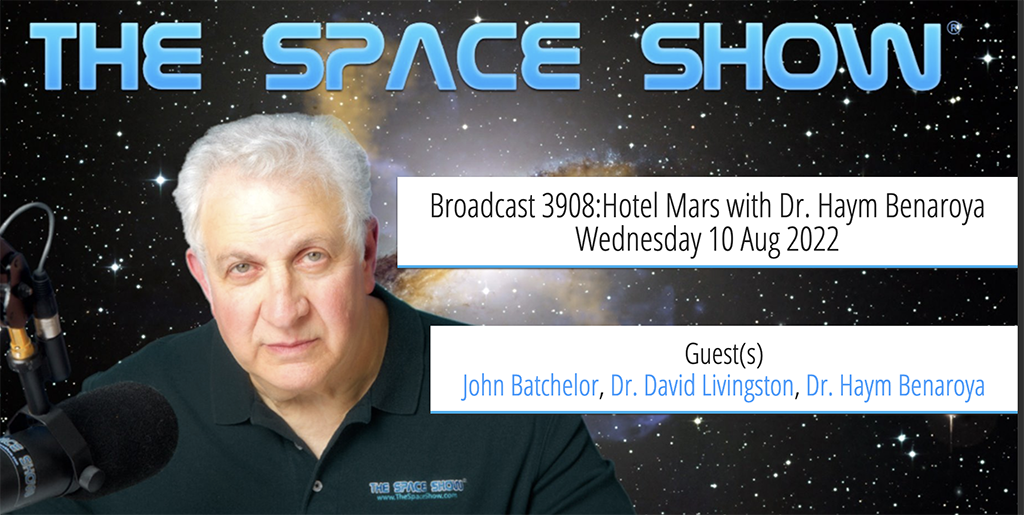 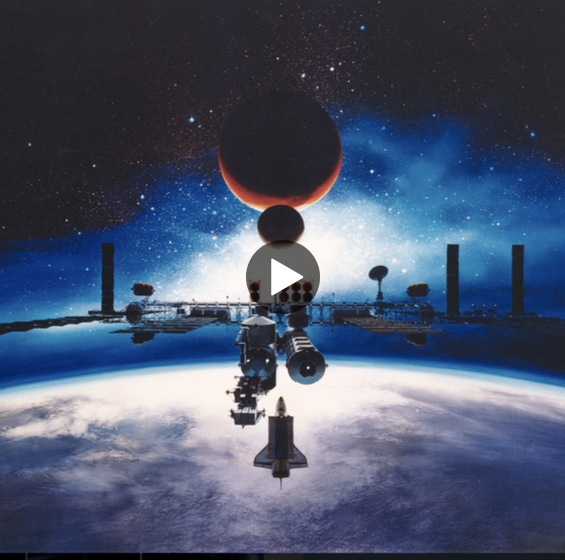 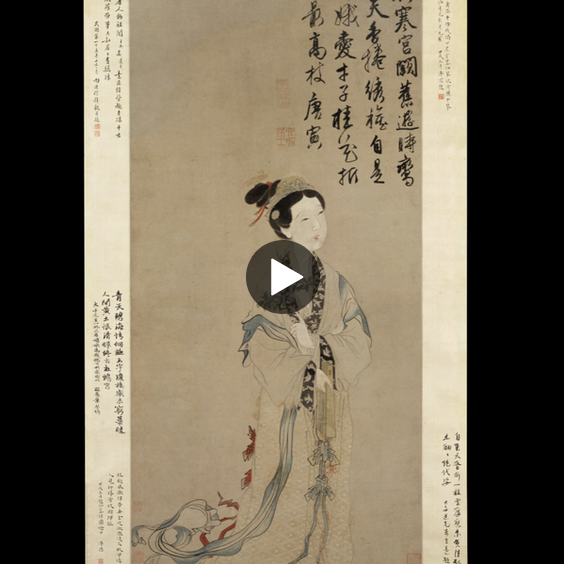 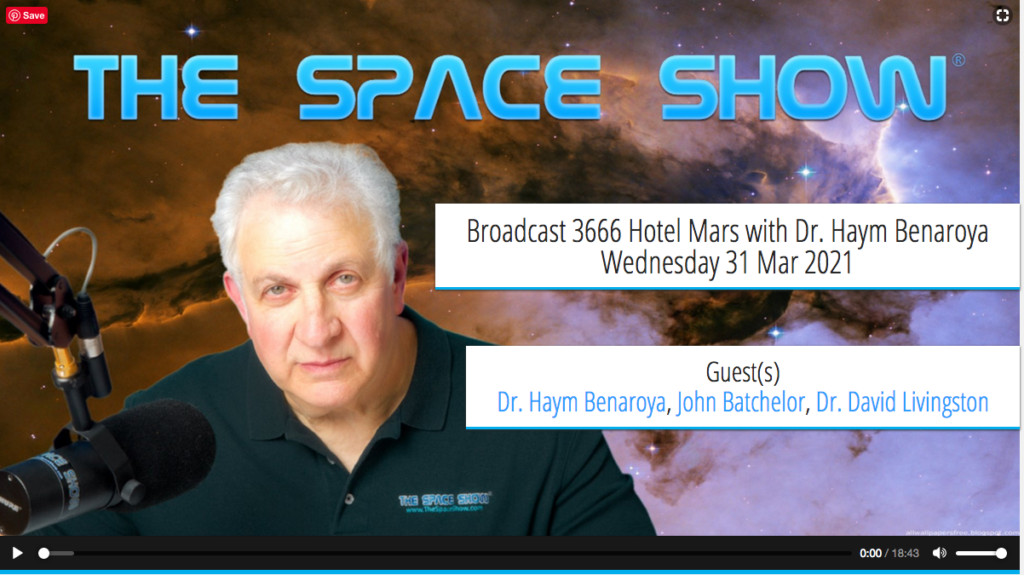 Segment 1: Can China and Russia build and sustain a manned colony underneath the regoliths surface of the Moon? Haym Benaroya, Rutgers University. David Livingston, SpaceShow.com 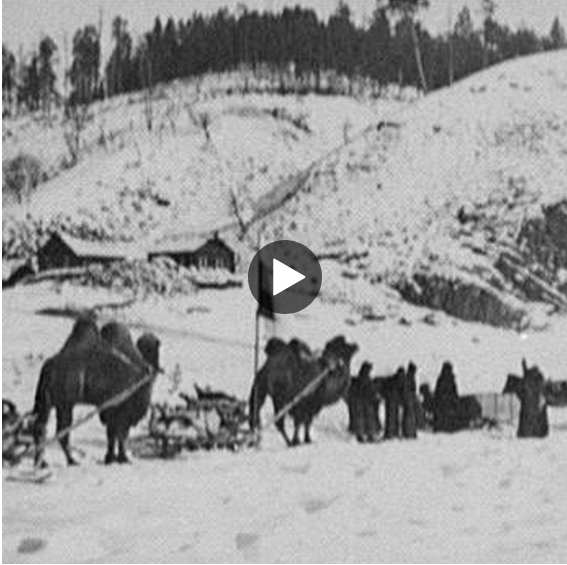 Segment 2: Can China and Russia build and sustain a manned colony underneath the regoliths surface of the Moon? Haym Benaroya, Rutgers University. David Livingston, SpaceShow.com 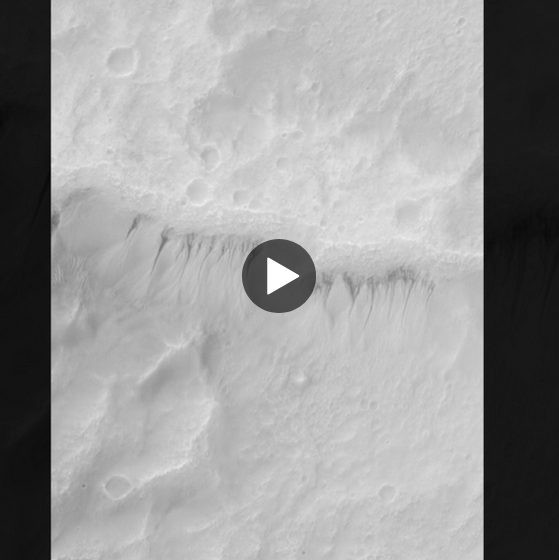 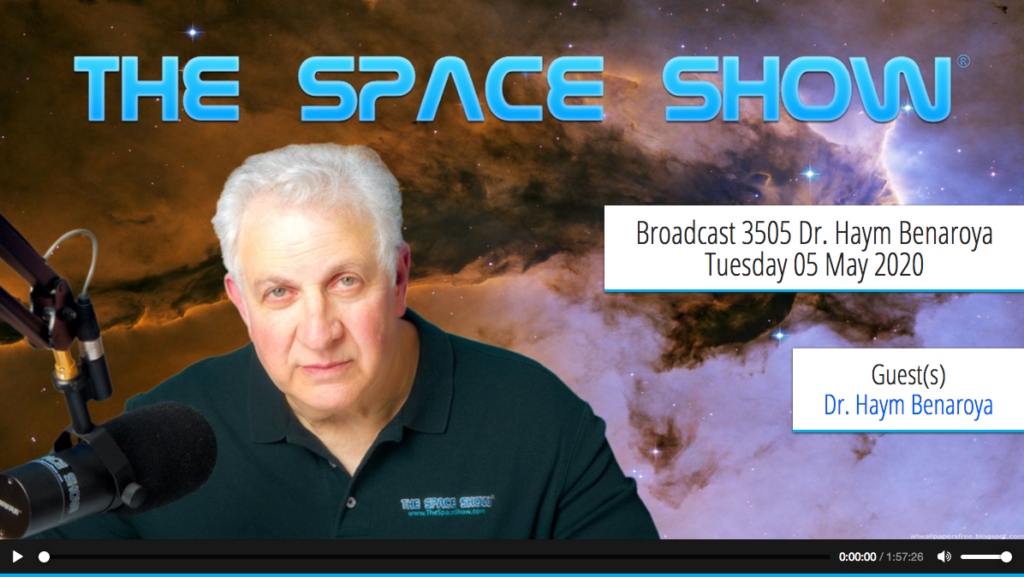 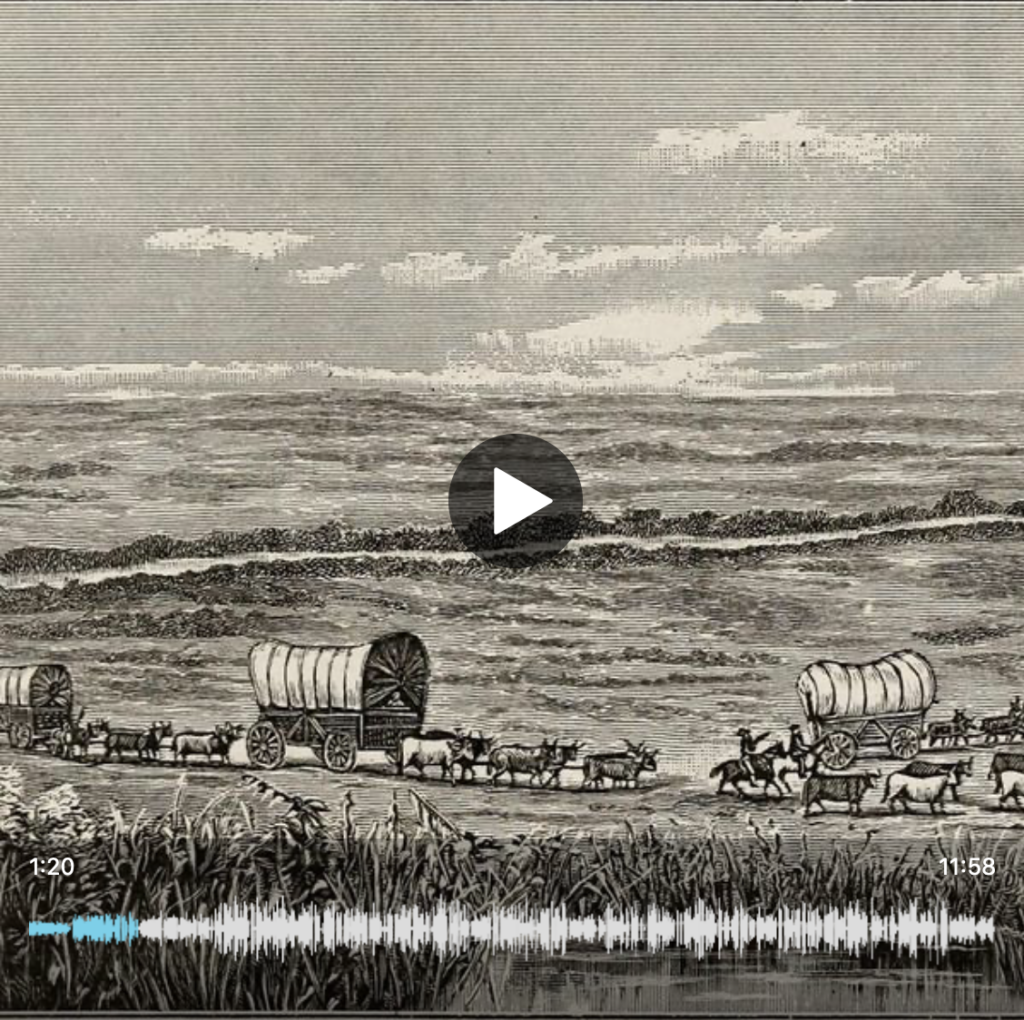 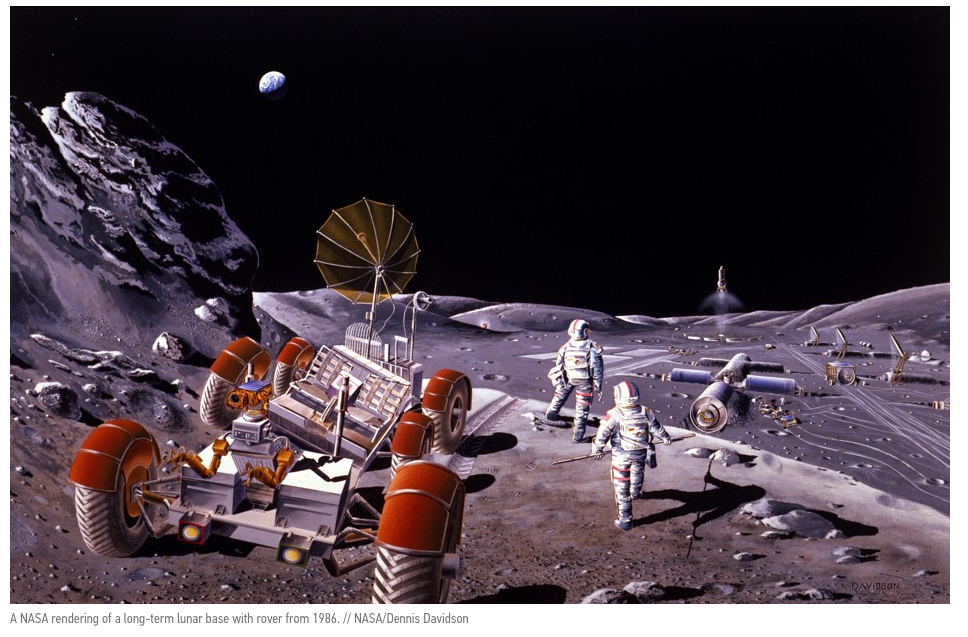 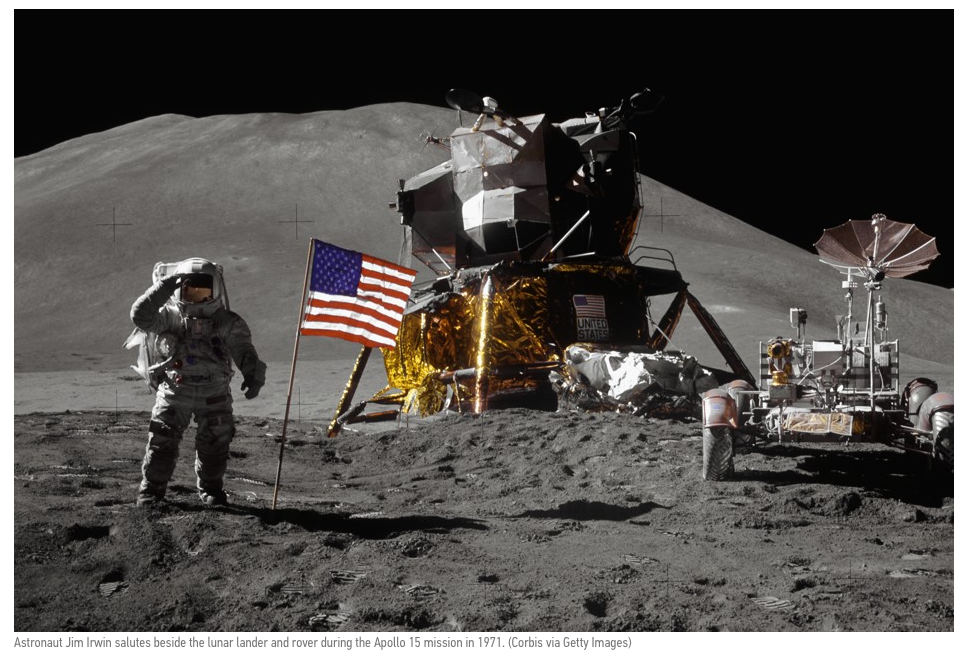 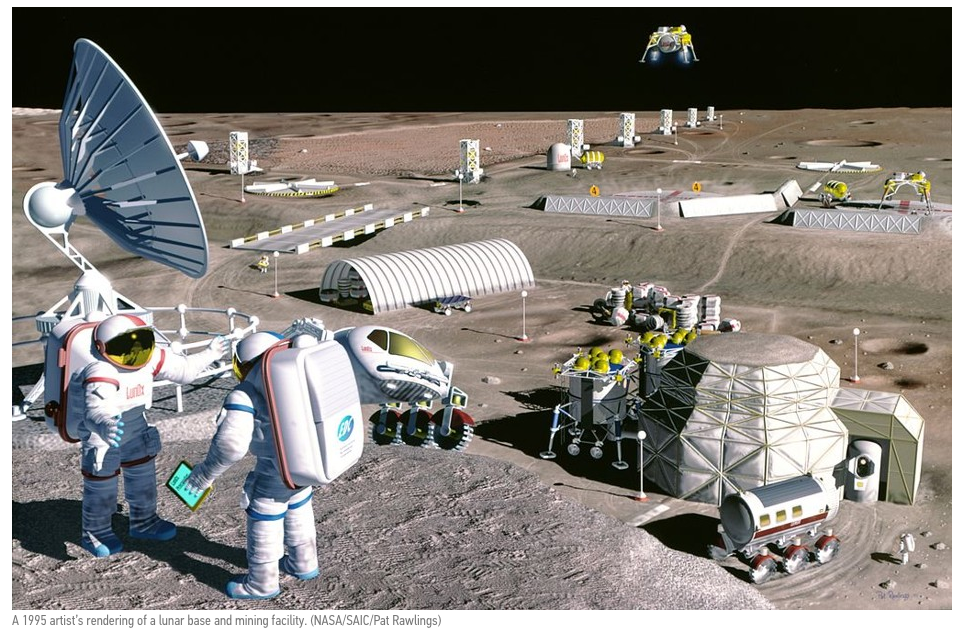 The accumulation of space projects does not facilitate the return to the Moon
Published July 16, 2019
Nouvelles du Monde 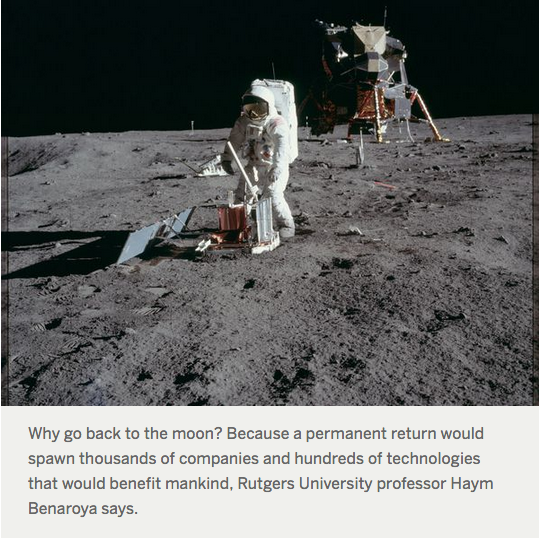 This is what the First Structures in a Moon Colony will look like, according to a Space Engineer
Published 7/12/2019
Newsweek Tech & Science

What Will it Take to Live on the Moon?
Published 7/11/2019
Techonology.org
Rutgers University 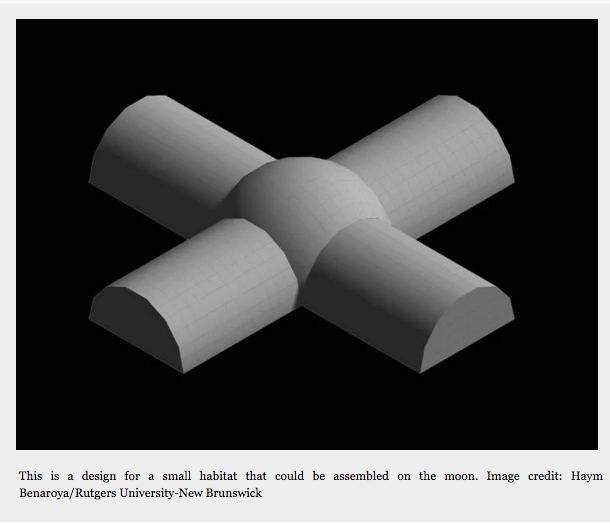 The Space Show
Aired on 6/21/2018
Dr. David Livingston
GUEST: Dr. Haym Benaroya
Broadcast 3136 “The Importance of Space For Everyone!” 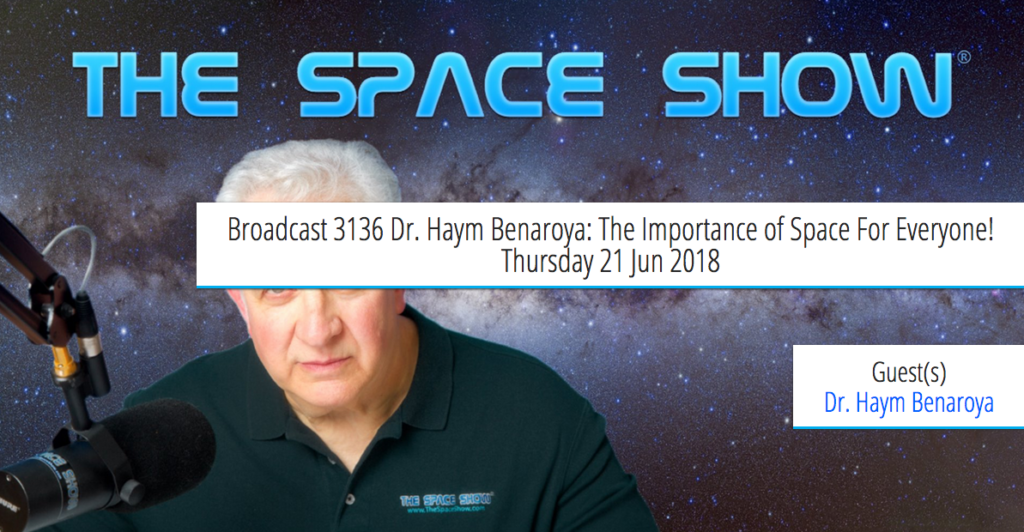 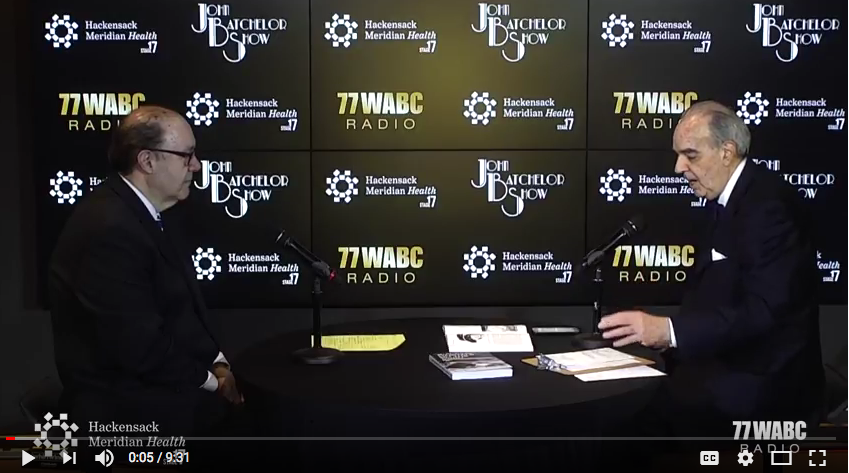 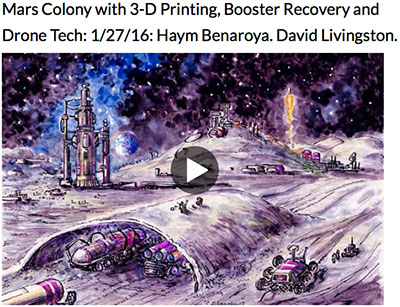 “Haym Benaroya, a professor of mechanical and aerospace engineering at Rutgers University, has been a leading proponent of lunar bases and settlements and is also editor of the collected papers from the 2007 Rutgers Symposium, Lunar Settlements. Published just two months after Lunar Settlements, Benaroya’s book Turning Dust to Gold: Building a Future on the Moon and Mars is also mostly about the Moon. Although Mars gets just one chapter and not much detail, the future lunar economy is discussed in the context of a wider space economy that includes Mars.”

“Human beings will return to the Moon. We don’t know when it will happen, but with this book, Lunar Settlements, we can learn from experts how to build the habitats, manufacturing operations, power, and transportation systems needed to live there. The book is a compilation of papers from the 2007 Rutgers University Symposium on Lunar Settlements, edited by Haym Benaroya, professor of mechanical and aerospace engineering at Rutgers University. The included proposals are written by highly credentialed engineers, astronauts, and scientists from around the world.”

Turning Dust to Gold, in re: building a future on the moon and Mars. Moon is three days away, we can get back in an emergency, and we have a lot off learning to do to prepare for farther travel. The moon is a marvellous training ground for deep space. Space elevator can bring transport cost down to $100/lb! Mon living quarters will be surface; igloos or tin-can shape; half-dozen people for 6 mos at a time. Might take years to carry prefab housing. Can later transport these to Mars. Subterranean is a practical solution to protect from radiation and other problems. Might need human gene therapy over time. A whole generation born on the moon: unknown results in microgravity or 1/6 gravity. Uncharted world. 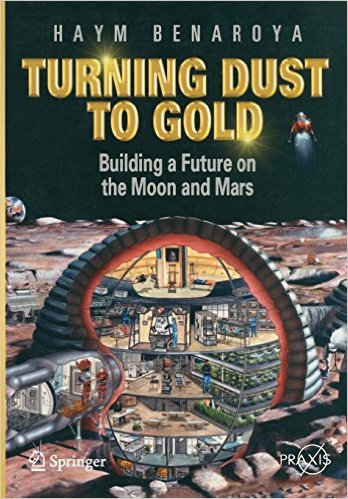 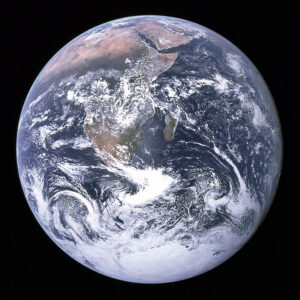 The goal of this book is to demonstrate that expanding our civilization to the Moon and beyond is not beyond our reach, intellectually or financially. Apollo was not our last foray into the Solar System. Science fiction, as good as some of it is, will have a difficult time staying ahead of science and engineering fact. However, this book is intended to be more than purely a technical manual. Space is not, nor should it be, only of interest to aerospace engineers and cosmologists. Space needs to be of interest and of concern to all of us. It is the world’s West, as in Go West for new opportunities for freedom and limitless growth. What I hope to demonstrate to you is that not only can we go back to the Moon to stay, but that we must do so. And not only for esoteric reasons, but for many reasons, some mundane, but most related to our and our children’s continued prosperity, and to our continued survival as a species.

Space, whether we or our children live in it or on the Moon or Mars, will be important to all of us because of the resources it will open for our industrial societies and for the markets it will create. It would be difficult to imagine the United States as a world power if its western border was the Mississippi River. Would a North American continent of several dozen independent states modeled after Western Europe have been able to resist the totalitarian attacks that occurred in the 20th century? Alone, neither Europe nor Asia was capable.

The expansion of the best Earth has to offer in science and culture to the Moon, then Mars, and eventually the Solar System, can only strengthen humanity’s core positive achievements: democracy, individual rights, equal opportunities for an individual’s achievements, and all that is inherent and is based on these being in place.

This book is written from the perspective of a future observer, more than 150 years into the future, and some of the narratives based on a fictitious group of documents discovered in an old repository that chronicled the settlement of the Moon during the last half of the 21st century and first half of the 22nd century. In order to make the documents more connected and interesting to the casual reader, they have been weaved into a chronological storyline meant to trace the early days of the human return to the Moon with the aim of permanent settlement.

The interviews in this book are real and original.

Benaroya has spoken at the Liberty Science Center, various Space conferences, NASA venues and other public gatherings about his book. Viewers are welcomed to peruse the abstract from his Lunar Symposium 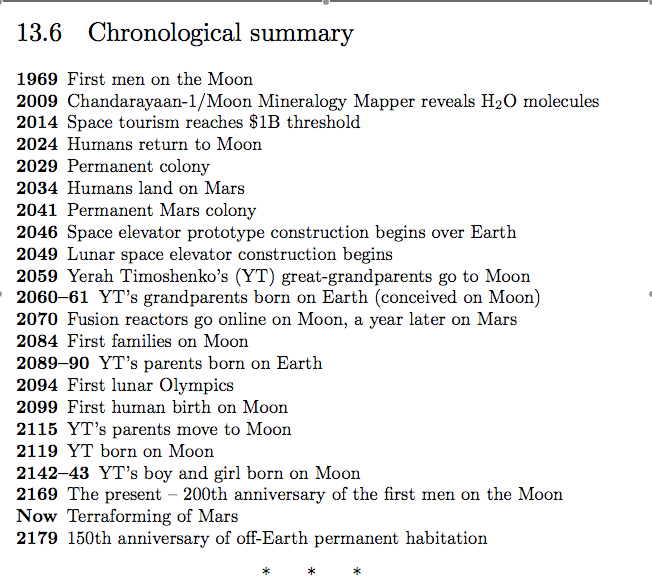 Books and Proceedings by Haym Benaroya include the following 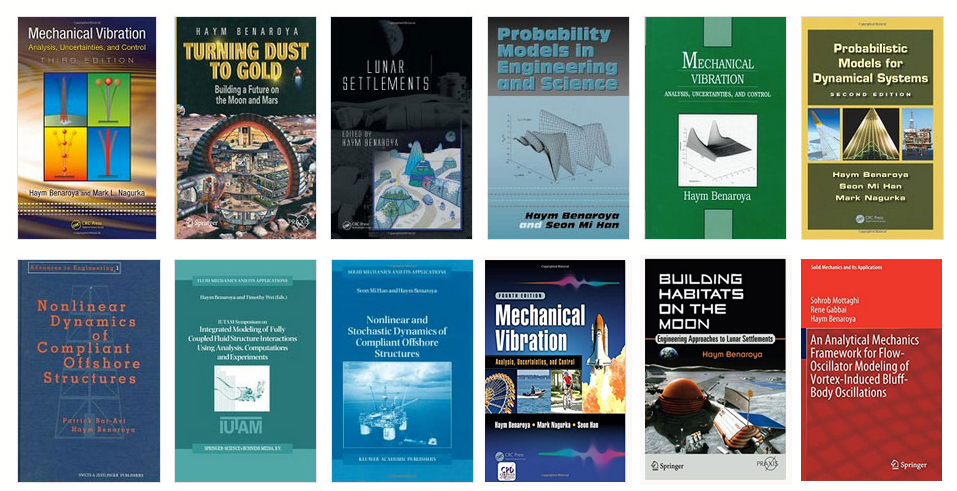 As an affiliate member of the resources listed herein, we participate in potential affiliate benefits.